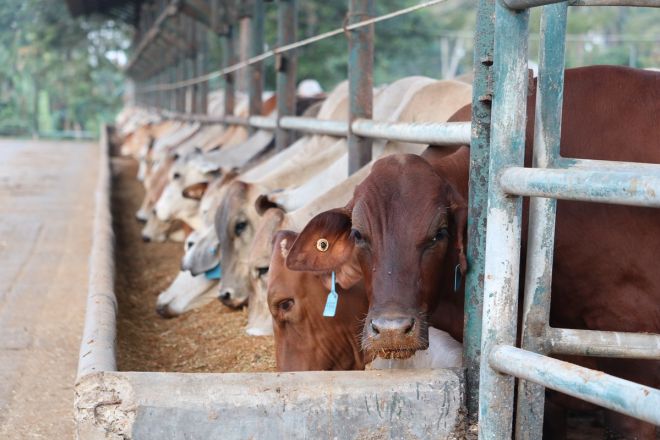 AUSTRALIAN livestock exporters and producers will benefit from the significant gains to be ushered in via the Indonesia-Australia Comprehensive Economic Partnership Agreement (I-A CEPA), completed today in Jakarta.

“This agreement confirms the importance of live cattle exports to Indonesia and that the trade is part of a collaborative partnership of strategic and economic significance for both countries,” Mr Crean said.

“Live cattle exports from northern Australia to Indonesia represent more than half of our $1.2 billion industry,” Mr Crean said.

“The Indonesian market is the backbone of the live trade, which provides employment for 10,000 Australians, and tens of thousands of Indonesians, and injects more than $600 million a year directly back to producers.”

I-A CEPA includes a quota for 575,000 live male cattle (with a 0 per cent in-quota tariff), growing by 4pc per annum over five years to 700,000 head. Annual cattle import permits will be issued without seasonal restrictions, with a review after five years to consider further increases. Restrictions for female cattle exports will be also eliminated.

“Our relationship with Indonesia has many dimensions. Yes, cattle exported for fattening in Indonesian feedlots is a major component, but also we’re committed to helping Indonesia to grow its own beef production capacity and improve its herd through the export of quality Australian breeder cattle.

“And on the back of our long-standing supply of affordable beef via the live trade, we also support the removal of tariffs on frozen and chilled beef via I-A CEPA, which will help meet growing demand in different markets in Indonesia such as the restaurant and supermarket sectors.”

Mr Crean, who is in Jakarta for the signing of I-A CEPA, said the finalisation of the agreement was testament to several years of hard work by Australian and Indonesian negotiating teams.

“ALEC acknowledges the significant efforts of Australian DFAT and DAWR officials throughout the IA-CEPA negotiations. Government and industry representatives in Australia and Indonesia have worked together to made this agreement possible,” Mr Crean said.

“I-A CEPA provides timely optimism for industry stakeholders – especially Australian producers battling floods and drought. Now the agreement has been signed, as an industry we look forward to building even stronger commercial relationships with our partners in Indonesia.”