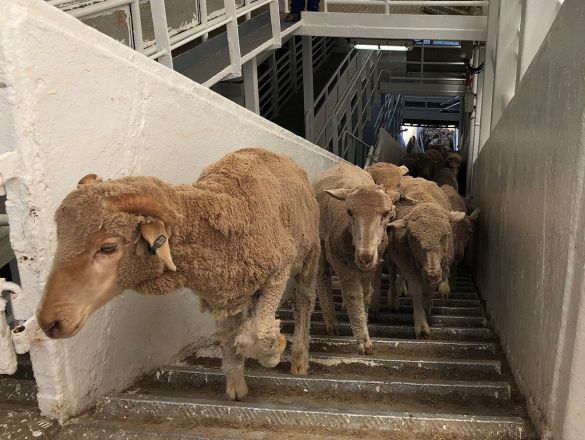 Animal welfare is the key priority for the livestock export industry and Australian Livestock Exporters’ Council (ALEC), member exporters go to great lengths in their voyage preparation to ensure that animal welfare is of the highest standard.

It is disappointing that the Department of Agriculture has chosen to extend the prohibition on sheep exports to the Middle East for most of September, advising today on the recommencement date of 22 September, beyond the Northern Hemisphere summer.

The Bureau of Meteorology data provided originally by the department showed a clear difference in climatic conditions during September between the Red Sea and the Persian Gulf. Today the department advised their decision was based on updated data not widely provided to the industry.

The data originally provided by the department supported ALEC’s proposal for recommencement of sheep exports to the Red Sea from 1 September, and revision of the industry-led moratorium to prohibit the departure of vessels exporting sheep to Persian Gulf destinations until 15 September 2019.

In making these recommendations, ALEC proposed additional conditions for the sheep being exported from Australia in September 2019, to ensure appropriate animal-welfare outcomes are achieved.

Exporters remain optimistic that data collected from vessels after recommencement this year, that will be provided to the department, will enable resumption of sheep exports to the Middle East following completion of industry’s self-imposed moratorium at the end of August from 2020 onwards.

Instability in supply risks can further damage Australia’s reputation as a reliable provider of livestock to our international customers.